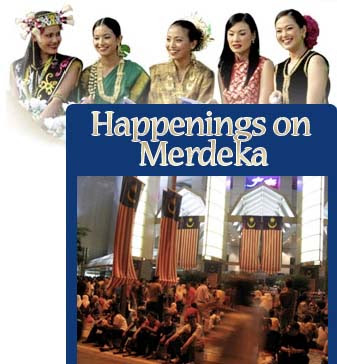 The Union Jack was lowered from the flagpole at the Padang (now known as Dataran Merdeka; Independence Square) and the Malayan flag was raised. The Padang symbolized British sovereignty as it was a cricket ground for the colonial administrators and fronted the Royal Selangor Club, Malaya's most exclusive Whites-Only club. In 1974 Kuala Lumpur seceded from Selangor and the city became a Federal Territory (Wilayah Persekutuan). Tweet
Celoteh Dari raihana at 11:01 PM